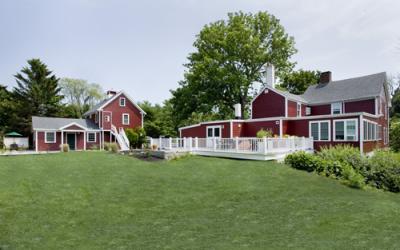 There are dozens of ways communities use their Community Preservation Act (CPA) community housing funds. One creative and eco-friendly way use is to rehabilitate unused structures and convert them to housing units. This is commonly referred to as 'adaptive reuse'. Successful examples of adaptive reuse housing developments can be found across the Commonwealth; here are a few using CPA funds.

By investing $250,000 of CPA funding toward that $2.5 million price tag, a former inn in Rockport was able to be converted into affordable housing for 8 adults with brain injuries. Approximately half of the units are for high functioning individuals and half are set up like a group home with more support. In Massachusetts there is a critical need for increased housing for

Hamilton’s first CPA-funded housing development centered on the conversion of the town’s former fire station into four affordable units, an idea that came directly from a town resident. The three years of planning and five months of construction created a one bedroom apartment for a disabled and elderly resident as well as three additional studio apartments on the second floor. The units may be rented to individuals that have income below 30% of the area median income. The fire station also houses the community’s food pantry. Citizens worried that if the building were sold and demolished there would not be anywhere for the food pantry to go. The renovations maintained the same space, one garage bay, for the food pantry. $180,000 of CPA funds contributed to the $1.2 million budget. 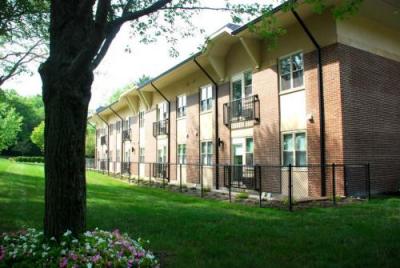 Working with Neighborhood of Affordable Housing (NOAH), North Andover was able to use $1.3 million in CPA funds to rehabilitate an abandoned nursing home into 42 affordable apartments for eligible families. There are 5 one-bedroom units, 32 two-bedroom units and 5 three-bedroom units. The development was renovated using environmentally-friendly construction that provides healthy housing for the families and will reduce utility costs through energy-efficient amenities. With a $10.1 million total cost, the CPA dollars went a long way in leveraging state, federal, and private funding sources. 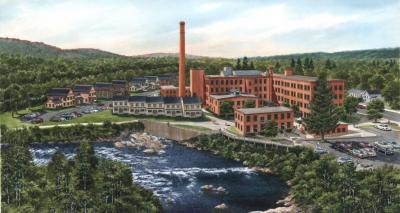 Three historic mill buildings located in Williamstown are in the process of being converted to affordable housing with a late 2015 estimated completion date. This adaptive reuse development will create 82 units providing 13 units of affordable housing options for Williamstown residents. The development will also create open space and recreation for the town by incorporating a river walk along the Green River. The community is preserving the historic, deteriorating mill, as opposed to simply demolishing it and beginning anew. People are so intrigued by the project, the construction superintendent jokes that work is delayed by so many people stopping by to see what is going on.