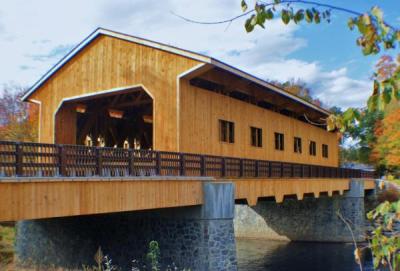 While Pepperell won't be the very first to vote on CPA adoption in 2022, the town can take credit for being the first to make it onto the ballot! Residents gathered for their special town meeting on Saturday, November 6th, and after some lively discussion, ultimately voted to place CPA on the spring ballot. Pepperell will now decide whether or not to adopt a 1% CPA surcharge for their community with exemptions for the first $100,000 of residential property and for low income and low & moderate income senior homeowners. With a 1% CPA surcharge and the aforementioned exemptions, the town is expected to raise approximately $180,000 in local CPA revenues annually for outdoor recreation, historic preservation, affordable housing, and open space projects. Adopting CPA would also make the town eligible to receive annual distributions of funds from the statewide Community Preservation Trust Fund, monies that are available only to communities that have adopted the Act. 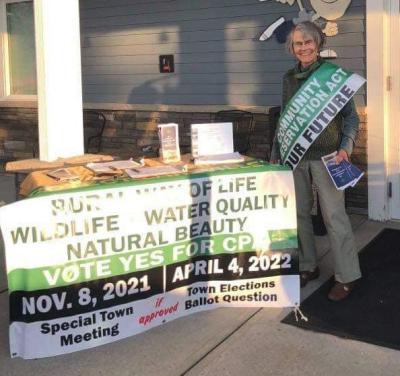 Meanwhile, Lakeville's enthusiastic advocates have campaigned for CPA adoption for several months leading up to their town meeting last night. With a total vote count of 129 in favor and 28 against, the CPA warrant succeeded, placing Lakeville first in line to attempt CPA adoption in 2022. Voters will now be deciding whether or not to adopt CPA with a 1% surcharge and exemptions for the first $100,000 of both residential and commercial property, as well as for low-income and low/moderate-income senior homeowners. Should the town adopt CPA, Lakeville is projected to raise nearly $200,000 annually for local CPA initiatives, as well as making the town eligible for matching funds from the CPA Trust Fund. This will be the second time that Lakeville has placed the question of CPA adoption on the ballot, with one unsuccessful attempt back in 2006.

It's exciting to see the buzz around CPA adoption continue to build, and these two towns are just the beginning for 2022. With several other municipalities weighing their options for a path to the November ballot, next year may prove to be another banner year for the statewide CPA program. Be sure to keep an eye on our Upcoming Elections page for updates as advocates continue to build momentum for local CPA initiatives.