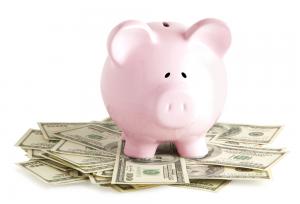 Each month, the Coalition tracks the latest figures on the statewide CPA Trust Fund collections as reported by the state. And now, thanks to the new CPA legislation that went into effect at the end of 2019, the first few reports from 2020 are trending upwards. According to the state’s “blue book” report in February, CPA Trust Fund collections were $3.94 million this year, compared to just $1.76 million in February of 2019—an increase of about 2.23x last year’s revenue.

The CPA Trust Fund revenues are derived from a surcharge placed on documents filed at the state's Registries of Deeds, and on December 31st of 2019, the new CPA legislation to adjust these fees went into effect. The fees on most registry documents were adjusted to $50, with an adjustment to $25 for municipal lien certificates. When trying to estimate how much additional revenue this will generate, the Coalition made a simple calculation: the original fees for these documents were $20 and $10 respectively, so the adjustment was a 2.5x increase. Using this basic calculation, the CPA Trust Fund should theoretically generate approximately 2.5x as much revenue going forward.

Now that the state has issued a few revenue reports from this year, it’s clear that this calculation has proven to be fairly accurate. That said, there are still many factors that influence the CPA collections month to month, and we won’t have a clear indicator of what the state match will look like this year until DOR issues an official estimate in the coming weeks. But based on the raw numbers reported from these first couple of months, CPA communities should expect a much healthier CPA Trust Fund going forward.