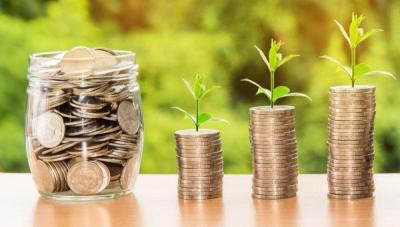 CPA Advocacy: The Power of Investing in the CPA Program

Strengthening the CPA Trust Fund has been the focus for the Coalition’s legislative advocacy program over the past few years, and 2021 was, in many ways, the culmination of our efforts.

As you likely know, back in 2019, the decade-long effort to stabilize the CPA Trust Fund concluded with the signing of legislation increasing the Registries of Deeds fees that generate revenue for the fund. The November 2021 distribution marked the first time in which all 12 months of CPA revenue collections were made under this new fee schedule, and as a result, CPA communities received the single highest distribution of funds in the history of the CPA program. Over $79 million was distributed to 177 CPA municipalities, more than tripling the total revenue under the old fee schedule.

More good news arrived at the end of 2021, as we were successful in obtaining an additional $10 million from the state’s FY21 budget surplus. In January of 2022, the Department of Revenue issued the supplemental distribution to CPA communities, resulting in a final base match of 43.8% of what each community raised at the local level, marking four consecutive years that this base match has increased. This also marks only the second time in the last 13 years that the CPA Trust Fund was able to provide a base match above 40%, demonstrating that 2021 was truly a momentus year for the CPA program.

Our New Strategic Plan: Mapping out the Future of CPA

One of the most important ongoing projects at the Coalition is the development of our new Strategic Plan. The Coalition’s first strategic plan was finalized over a decade ago, and the Coalition Steering Committee felt it was the right time to re-examine the efficacy of our work and our future goals.

Over the summer, we began this project with the help of the same outside consulting firm that developed our original strategic plan. To develop a roadmap for the Coalition’s future goals and programming, TDC began by conducting interviews with key stakeholders across the state. Then in the fall, we conducted our Community Survey in order to get direct feedback from CPA cities and towns. We very much appreciate the 325 CPA advocates that completed the survey; it provided us with an invaluable perspective on the issues and programs we need to focus on to better serve our member communities. Click on the link below to see the highlights of the CPA Community Survey.

>> Click here for our breakdown of the CPA Community Survey results <<

With this research allowing us to put the foundation in place, we hope to finalize our new Strategic Plan in the first quarter of 2022.

Updated CPA Statistics: The Impact of CPA Continues to Grow

While the uncertainties of the last few years have been a focus in the news, with the world still contending with the ongoing effects of the COVID-19 pandemic, CPA continues to be a beacon of progress and positivity in Massachusetts. The combined annual CPA revenue now tops $260 million, counting both the local CPA surcharge revenue and Trust Fund receipts. And communities make good use of those funds - as of the end of Fiscal Year 2021, there have been over 14,000 CPA projects statewide, resulting in: 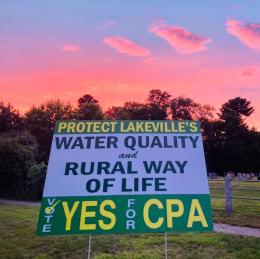 CPA Adoption: Enthusiasm is Building for the Coming Year

As if often the case with “off-years” with no state or national elections on the calendar, CPA adoption in 2021 was a quiet, though successful, affair. Brookline was the only community with CPA on the ballot, and thanks to a strong grassroots effort the largest town in the Commonwealth adopted CPA in May. This increased the total number of CPA municipalities to 187.

As we look ahead to 2022, several local campaigns have already laid the groundwork for the upcoming adoption season. Last November, residents in Lakeville and Pepperell both approved CPA at their respective town meetings, and now CPA adoption will be included as a ballot question on their spring 2022 elections. The Coalition has also been fielding inquiries from other communities including Worcester, Danvers, Shelburne, Westborough, and Westminster, who are all in the early stages of exploring CPA for the Fall 2022 State Ballot. 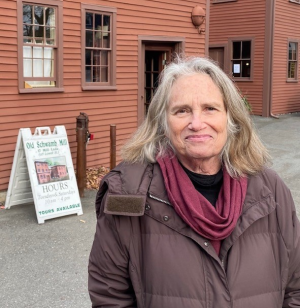 The Coalition’s Steering Committee saw some big changes in 2021: while we bid farewell to some veritable titans in the world of CPA, we also had the pleasure of introducing some exciting new faces to our organization.

After serving on the Steering Committee for over 20 years, Clarissa Rowe (pictured here in her CPA hometown of Arlington) announced at the end of 2021 that she would be stepping down from her at-large position. Clarissa was of the original architects of the CPA program back in the 1990’s, and ever since the legislation passed in 2000 she has been an invaluable leader for the Coalition. For most of her tenure on the Steering Committee Clarissa served as the Committee Chair, and her wisdom, good humor, and steadfast leadership has been invaluable for our work on the Community Preservation Act. 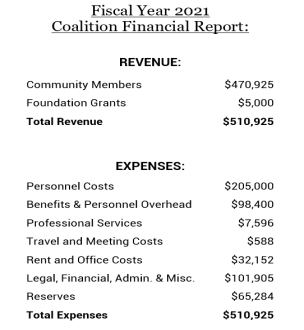 And while Clarissa leaves big shoes to fill, several new members were brought on board this year. After an extensive search process by our Nominating Committee in 2021, two new at-large members accepted invitations to join the Steering Committee in December: Israel Rivera, a member of the CPC and a newly elected City Councilor in Holyoke, and Cheryl Gosman, an affordable housing advocate from Needham. The Coalition is excited to have their expertise and perspective as we work together on the future of CPA.

While the pandemic and remote working conditions has delayed our staff expansion plans, the Coalition will begin the hiring process for a third full-time staff member in 2022.

The Coalition completed another year on firm financial footing (see our budget summary report). We are deeply grateful for the support of our member communities and thank them for their advocacy on behalf of CPA, as well as their work on hundreds of impressive housing, recreation, historic, and open space projects that were completed during 2021.