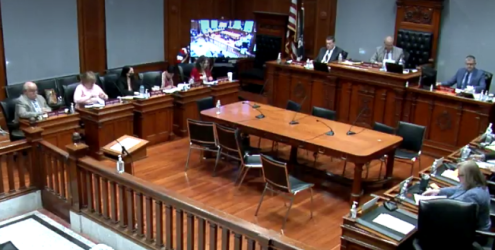 A group of local advocates known as "Yes for a Better Worcester" has been working for several years in order to have the city of Worcester adopt the Community Preservation Act - and last night, they succeeded in the first step of that process after the Worcester City Council voted to place CPA on their November ballot. The advocates filed a petition to have the city council consider their proposal for CPA adoption, and after some discussion, the council voted 7-3 to approve of the measure. This marks the first time that the city of Worcester has ever placed CPA on a local ballot election.

During the state election later this year, Worcester voters will be deciding on whether to adopt a 1.5% CPA surcharge with exemptions for the first $100,000 of residential and commercial property and for low-income households and low and moderate income seniors. If passed, the city would raise approximately $3.6 million annually for historic preservation, outdoor recreation, open space, and community housing, in addition to making the city eligible for annual distributions from the statewide CPA Trust Fund.

Worcester is the second largest city in New England, and the largest city in Massachusetts that has not yet adopted CPA. The “Yes for a Better Worcester” group that is leading the local adoption campaign is made up of a broad coalition of grassroots organizations that represent the four funding categories of the CPA program, as well as other neighborhood associations. Members include the Worcester Cultural Coalition, Worcester Interfaith, Preservation Worcester, Greater Worcester Land Trust, and Worcester Common Ground CDC. You can visit their campaign website at www.cpaworcester.org.

This news comes fresh off of a successful CPA vote in Lakeville earlier in the week, and Worcester will now join the town of Westborough in voting on CPA adoption during the state election in November. As town meeting season continues through the spring, more communities may be following suit, so be sure to keep an eye on our Upcoming Elections page for more news.