According to data from the Trust for Public Land, the number of off-leash dog parks has increased 20% over the last five years. With an estimated one out of every three Americans now owning a dog, and dwindling open spaces in many urban and suburban communities, it’s not surprising that off-leash dog parks are an increasingly popular use of Community Preservation Act funds. The newly opened “Boneyard” dog park in the town of Kingston is a perfect example. 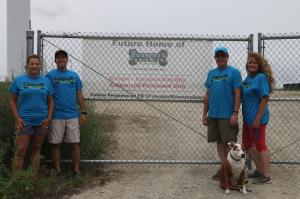 It’s actually quite reasonable that a dog park would qualify for CPA funds. In general, dog parks are not that different from other types of parks and still meet the definition of recreational use in the CPA statute:

Off-leash dog parks can offer a number of benefits to dogs, their owners, and the community. Well-exercised, active dogs live healthier lives (just like their owners!), and parks can facilitate socialization for both people and their pets. One enthusiast described off-leash dog parks as a type of “community center” where people can discuss local events, share stories, and build lasting relationships while their pets get a chance to play. It also fosters an important sense of ownership and investment in a local public space. 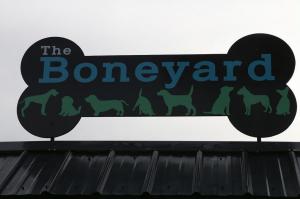 The town of Kingston started the process of their dog park project by forming an ad hoc committee that coordinated fundraising, researched best practices, and decided on a location for the park. Because the cost of building a park is an important factor, the Town applied for and received a grant from the Stanton Foundation that covered 90 percent of the cost (who knew there was a foundation that funded grants for dog parks?), while CPA funds covered the remaining 10%.

Leslie-Ann McGee, Chair of the off-leash Dog Park Implementation Committee for the Town of Kingston, worked with other dog park advocates in the town to organize a feasibility study. McGee noted that it was important to have the Town’s Animal Control Officer involved from the beginning to participate on the study committee. The result of their work was a 45-page dog park study report detailing their site selection process, management and permitting recommendations, and potential funding sources.

Figuring out a location is usually the biggest hurdle to tackle when planning a new park project, and it requires significant outreach to neighbors and town officials. Kingston’s dog park committee took advantage of MA GIS data to find possible sites for the park, and they came up with a site selection criteria that included considerations such as park availability, infrastructure amenities such as water and electricity, and proximity to children’s playgrounds and environmentally sensitive habitats. Other concerns that the group needed to plan for were fencing for the park, installing surface materials with good drainage, and the inclusion of play structures for pets and benches for their owners.

After exploring several potential sites, the Committee decided on the town’s capped landfill as a location for the first dog park. The “Boneyard Dog Park” had its grand opening in November 2017, attracting a large crowd with dozens of happy dogs. Operating now from dawn to dusk, 365 days a year, the completed Boneyard is comprised of over a half acre of land that includes a fully fenced dog area with a double-gate entry system, divided into two separate sites for large dogs and small dogs. McGee reports that it was a very busy park all winter long, describing how “people come to the park with their dogs no matter what the weather.” 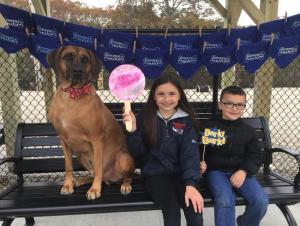 Looking to the park’s future, McGee noted that while many communities use an off-leash permit program to serve as a revolving fund for park maintenance, they rely on donations and fundraisers. One fundraising project that they’ve implemented for the Boneyard is a remembrance project for deceased pets. Each purchase of a “memory bone” is engraved with a pet’s name and the money collected from these memorials contributes to the ongoing operations and maintenance of the Boneyard.

McGee adds that the dog park has been “wildly successful” and the committed volunteers of the “Friends of Kingston Dogs Group” continues to plan regular events, such as K-9 retirement ceremonies to honor hardworking police dogs. The group maintains an informative website and active Facebook page which McGee says has been very helpful for sharing information, recruiting volunteers, and publicizing fundraisers.