Although it is sometimes overlooked, the ability to fund archaeology projects is a unique and valuable aspect of the Community Preservation Act. While not the largest category of CPA-funded historic preservation projects - for example, only 30 archaeology projects have been funded with CPA funds, as compared to about 400 town and city hall rehabilitation projects – many communities have found that having the ability to fund such projects is a benefit. 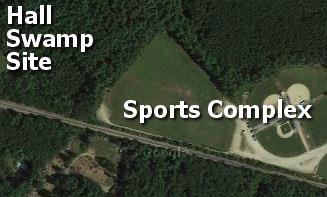 The town of Kingston stumbled upon an important archaeological site by accident, in its quest to construct new athletic fields. The initial project involved construction of new sports fields on the land known as the Hall Swamp site. However, after digging at the site artifacts were discovered and the project took a turn. The Kingston Historical Commission declared the Halls Swamp Site to be significant to the local archaeology of the community, leading the town to commission the Public Archaeology Laboratory (PAL) to conduct a professional investigation of the site. They determined it was a unique Native American site, with evidence of occupation dating back at least 8,000 years. Thus, before any construction of the sports fields could occur, a thorough archaeological study was deemed to be essential. 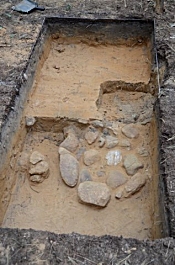 With funding subsequently appropriated from Kingston’s Community Preservation fund, PAL was able to successfully conduct an investigation of the Hall Swamp Site. In total, 13,000 Native American artifacts were discovered. To view some of the artifacts that were collected, click here. Dr. Dianna Doucette, the principal archaeologist on the project, claims only one percent of the site has been investigated. Although Kingston residents hope the site can ultimately be used for sports fields, they have agreed to spend another $180,000 in CPA funds for an expanded archaeological dig. Members of the Kingston Historical Commission want to be sure that all remains have been discovered before any construction begins. Whether the end result of this project will be the recreational benefit of sports fields, or the historic preservation benefit of an archaeological study and insight into Native American cultures in Southeastern Massachusetts, the CPA has allowed Kingston to explore its history and plan to meet its future recreational needs.

Another collaboration on a CPA-funded archaeology project is currently in underway in Concord. The Concord Historical Commission and Brandeis University are working together on a pilot archaeology program that was developed at Concord’s McGrath Farm. $10,000 in CPA funding was appropriated to cover initial program expenses, including storage and cataloging materials for any recovered artifacts. Students at the university are greatly benefiting from this educational experience. One student working on the project said the part of the experience she enjoyed was "getting to take it out of the ground and then bring it to the tester...and see where it’s coming from. I think it kind of gives you that dream – the full experience of what it’s like to be an archaeologist.” 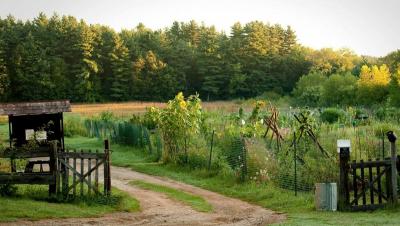 Another CPA-funded archaeological project with a recreational component is ongoing at Morrison Farm in Acton. The project involves the development of a new handicapped-accessible trail system, an archaeological survey of the Robbins Homestead and Ice House area, the addition of a small picnic area, and the rehabilitation of an existing the boat launch.

Another CPA-funded archaeology project is anticipated for Salem’s Winter Island, where a scenic, multi-use, fully accessible hiking and biking trail along Collins Cove is currently being constructed. Winter Island is on the National Register of Historic Places as part of the Winter Island Historic and Archaeological district. It contains several Native American archaeological sites dating over 6,000 years, as well as the masonry and earthworks of Fort Pickering and the former U.S. Coast Guard and Sea Rescue Station. In 2012, the Cecil Group concluded that the identity and heritage of Winter Island should be commemorated, celebrated, and interpreted to include this history of pre-contact settlement, coastal defenses, maritime navigation and trade, and the U.S. Coast Guard facilities. The City incorporated this recommendation into the Winter Island Park Master Plan. 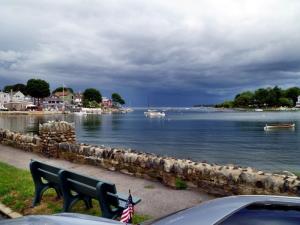 Currently, the historic site is almost completely hidden by the extensive overgrowth of invasive vegetation that obscures the topography of the site. An archaeological investigation will be conducted, using ground-penetrating laser technology, so that no excavation will be necessary. These are the first steps of the larger project to restore the Fort. Ultimately, the goal of the Plan is to enhance Winter Island Park’s unique natural resources, preserve its historically significant properties, and increase the public’s access and enjoyment. 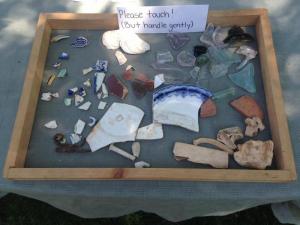 In the summer of 2014, the Museum of African American History and the Andrew Fiske Memorial Center for Archaeological Research at the University of Massachusetts Boston conducted an archaeological excavation on Nantucket Island at the Museum's Seneca Boston-Florence Higginbotham House. State law required the excavation work before an historic preservation project on the buildings could proceed, and CPA funds were used for the work.

The excavation provides insight into the lives of the first family to live at this site, as well as Nantucket's historic New Guinea community from the 18th and 19th centuries. Historic artifacts were discovered, including glassware, medicine and perfume bottles, a pipe stem, pottery pieces, and a 1798 Lady Liberty coin.

Many construction sites, including those of proposed CPA projects, contain important archaeological evidence. Although the initial project may experience a hiatus when such evidence is found, uncovering the archaeological artifacts at a project site can tell residents a great deal about the early history and settlement of their communities. The fact that CPA funding is available for archeological digs makes it easier for CPA communities to preserve these valuable relics of their pasts.