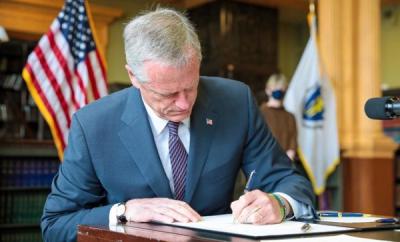 Last week, the State Legislature finally passed the long awaited $3.8 billion economic development bill (H.5374) and sent it to Governor Baker’s desk for approval — Section 258 of this bill allocates $20M in FY22 state budget surplus funds for the CPA Trust Fund (as well as $10M for the Massachusetts Life Science Investment Fund, which was the original point of contention in Governor Baker’s veto of this language in the FY23 state budget). The Governor's signature on the bill means that this year’s CPA Trust Fund distribution is on track to receive a much-needed boost. However, it’s still unclear when exactly communities can expect to receive this funding.

Throughout the legislative session, the Coalition worked with key legislators in the House and Senate to ensure that they understood how vital these supplemental budget funds were for CPA cities and towns as they work on local community preservation initiatives. Due to rising interest rates and volatile real estate trends, monthly collections for the CPA Trust Fund are down by just over 22% compared to 2021’s record-breaking revenue figures—however, with $20M in state budget surplus funds now being allocated to the Trust Fund, it should offset this drop in revenue by a significant degree.

We are extremely grateful for the Legislature's support of the statewide CPA program, and we are especially thankful for our two legislative sponsors this session: Senator Jo Comerford and Representative Ann-Margaret Ferrante worked tirelessly to ensure that their fellow legislators were aware of the importance of this funding for CPA communities. We’d also like to thank President Karen Spilka, Speaker of the House Ronald Mariano, Senate Ways & Means Chair Michael Rodrigues, and House Ways & Means Chair Aaron Michlewitz for their leadership and ongoing commitment to the state-local partnership of CPA.

When Can CPA Communities Expect to Receive This Funding?

Because this state budget close-out bill was completed so late into the legislative session, the timeline for when communities can expect their share of the $20M is still foggy. While the Coalition has reached out to representatives from the Department of Revenue, we still have not received any word as to when communities can expect to receive these additional funds.

A similar situation unfolded in 2021, as CPA municipalities had to wait several extra months in order to receive a second distribution of funds from the $10M in FY21 state budget surplus dollars. It seems all but certain that this will be the case again this year, but the Coalition will continue to monitor the situation and provide updates as they are available.

What language was included in H.5374 for CPA?