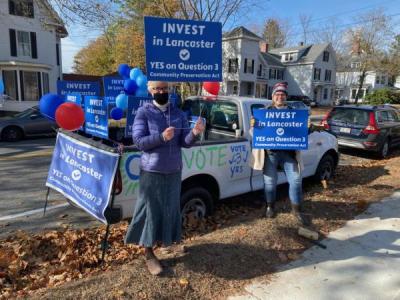 The Community Preservation Act (CPA) can only be adopted by a municipality through a ballot election - and this means that any advocates that wish to run a local campaign in support of CPA adoption will typically need to register as a Municipal Ballot Question Committee. The Massachusetts Office of Campaign and Political Finance, or OCPF, is an independent state agency that administers the state's campaign finance law (Chapter 55C), and they have all the resources that advocates need in order to understand the registration and reporting requirements for local Municipal Ballot Question Committees.

In most cases, local advocates will need to register their CPA adoption campaign as an official committee once the question of CPA has been placed on a local ballot election by the Legislative Body. However, campaign activity before CPA has been placed on the ballot may be subject to the state's campaign finance laws, so we encourage you to reach out to OCPF's toll-free line at 800-462-6273 if you have any questions.

What are the steps for establishing a CPA Ballot Question Committee?

The initial steps required for creating a Municipal Ballot Question Committee are:

What reports are required from a Ballot Question Committee?

The campaign finance reports specified in Step 5 must be filed whether or not money has been raised or expended during the reporting period, and regardless of whether or not CPA passes or fails at the ballot. The following is the schedule for filing reports: 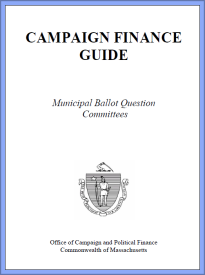