The towns and cities highlighted on the map below have adopted the Community Preservation Act. Thus far, 238 Massachusetts communities have voted on CPA adoption. Of those, 177 communities (50 percent of the state's municipalities) have passed CPA. This represents a 74 percent adoption success rate. 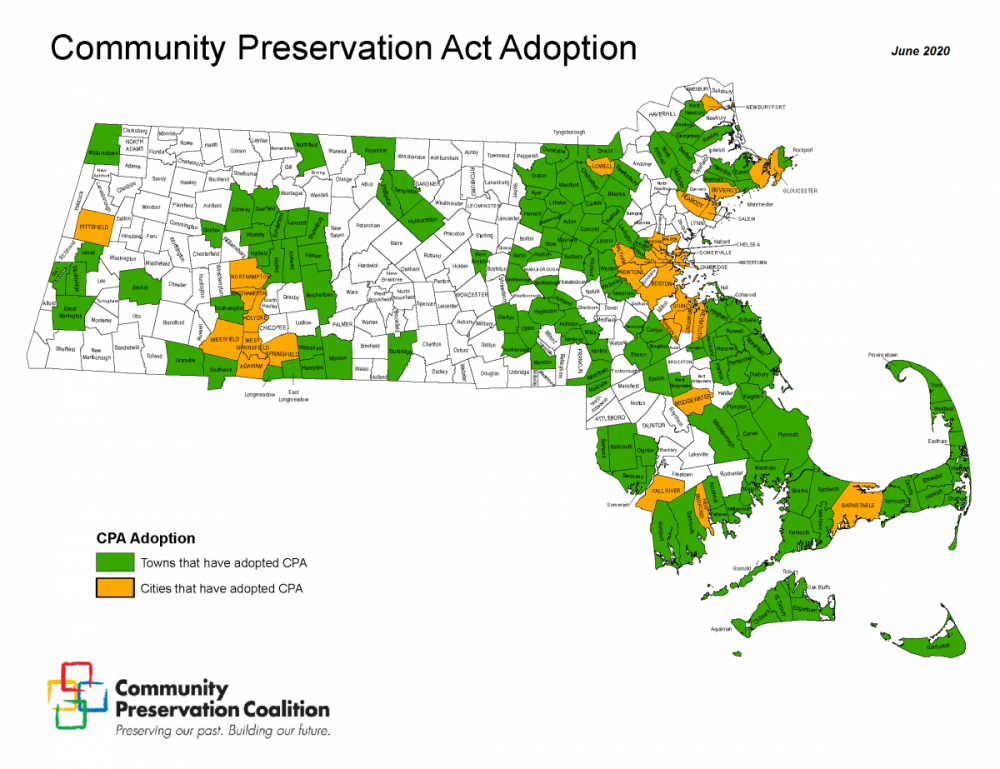 All 177 communities that have adopted the Community Preservation Act: